"The role of Hannah, played by Tracy Bidleman, was particularly effective when it came time for drawing laughs from the crowd."   Zeiterion Performing ArtsCenter, Nov 2015

“Several other characters make their roles memorable … Tracy Bidleman as Mrs. Evangeline Harcourt has her moments, too.”

"...including standout Tracy Bidleman as Molly’s Aunt Smythe who, leads the girl group in a show stopping second-act song from beyond the grave. The hilarious, heartwarming number easily proved the highlight of the show."     Plays To See, Int'l Theatre Reviews, June 2019

"Ms. Bidleman leads them with ease and ends Act I with a show-stopping rendition of "Climb Ev'ry Mountain.""  Broadway World, August 2019 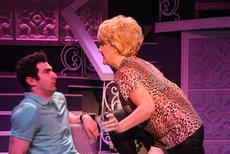 "All the nuns are adorable, even the sanctimonious Mother Superior played by Tracy Bidleman..."

"Tracy Bidleman as Hannah, Alex's mentor, is an engaging presence."

More thought-out is the role of Aunt Smythe, and Bidleman shines in the best musical number of the show, "Bright Young Thing" — a showy romp worthy of Broadway at its best. 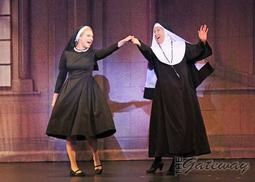 "Tracy Bidleman plays Hannah, Alex's older, wiser mentor, and her performance was a delight whether she was dispensing wisdom, singing, or dancing." 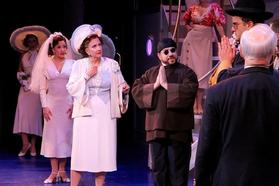 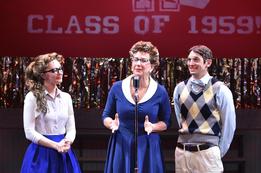 "Tracy Bidleman as Mother Abbess played her as a sympathetic authority figure who understands the essence of Maria ... Her rendition of “Climb Ev’ry Mountain,” was an amazing powerhouse of faith and its uplifting influence."

"Rounding out the multitalented cast are Tracy Bidleman as a superior Miss Lynch..."   Broadway World - July 2017

"Tracy Bidleman stole the show as Aunt Smythe, the bitter, traditional aunt... She then commences in a full dance number where she is the star of the show."    Broadway World, SheNYC Festival, June 2019

"Tracy Bidleman is wonderful as The Mother Abbess and gives a fantastic performance of “Climb Ev’ry Mountain”."​

"...Deloris learns to lead the life of a nun under the watchful eye of Mother Superior (played by Tracy Bidleman), a woman on her own winding journey of faith.... In short, blessed are these diva nuns, for they shall inherit the stage."

"Even Luther Chakurian and Tracy Bidleman, playing small roles of a Jewish uncle, a man-hungry aunt and hotel staff members delighting in the family drama, are well used in this show."    Lancaster Online - July 2016 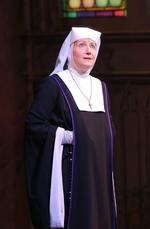